Skip to Main Content
It looks like you're using Internet Explorer 11 or older. This website works best with modern browsers such as the latest versions of Chrome, Firefox, Safari, and Edge. If you continue with this browser, you may see unexpected results.

Make an Appointment
Book a research consultation with one of your MSMU librarians!

Email Us - library@msmu.edu
Your question will be answered by a librarian within 24 hours.

Drop In
Stop by the Circulation Desk at either library and ask in person.

How to Evaluate Online News

Databases for News and Newspapers

Use these criteria to evaluate the validity of news you encounter broadcast on the radio, tv, and online. 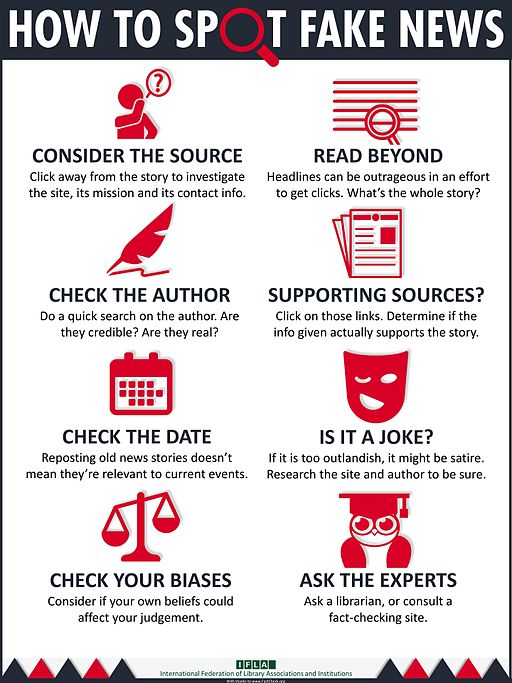 In an age of misinformation, false claims, and fake news, it is extremely important to verify the validity of any important information you find while conducting your research, as well as in your daily life.

Compiled and described by Jennifer Snelling for ISTE Blog.

Visit this guide to: